Projects currently being researched by the Missouri Valley Marketing group:

Develop an identity for Townsend

In conjunction with Broadwater Community Development Corporation (BCDC) and the Montana Business Alliance Corporation (MBAC), Missouri Valley Marketing is working on developing an "identity" for Townsend. Since Townsend was created by a railroad company rather than coming into being organically, the town has never really developed an identity: even though it was annointed by a railroad company it's never really been a railroad town ala. Havre, Harlowtown, Livingston, etc.; while we are near both the Missouri River and Canyon Ferry Lake, Townsend is not a river or lake town; while Broadwater County was home to many mining communities Townsend was never a mining town or dependent on mining (thank God).

We believe that it is important to develop a true unique identity for Townsend and to build on that identity.

Organize and promote a "Cork and Canvas" annual winter event

Missouri Valley Marketing is researching the creation of a winter event featuring the food of local Restauranteurs, caterers and home chefs combined with a no-host bar.

Radersburg was one of the first boom towns in the Montana Territory. Early mining camps, specifically the Keating Mine in 1866 and the East Pacific claim in 1867 brought prospectors and business people to the area and created a home for 1,000 residents.

Radersburg, A Town that Split the Difference, received its name from the founder, Reuben Rader. Rader donated 40 acres and laid out the town site in early 1866, the Public Land office entered it as a town on July 16, 1872. Actress Myrna Loy was born in Radersburg and appeared in 129 movies from the 1920’s through the 1950’s.

Radersburg Historical Preservation, Inc. has been instrumental in restoring and preserving the historic Radersburg School. In addition, every 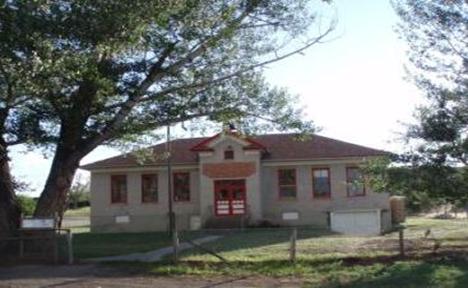 year the group organizes Radersburg Days to celebrate the incredible history of Radersburg which was one of the most important towns in the western Montana Territory and was once the county seat for Jefferson County.

In the 1860's during Radersburg was one of the most important towns in Western Montana Territory. During that period before the Great Northern Train came to what is now Broadwater County, stages ran daily between Radersburg and both Bozeman and Helena. Each day there were 4 stages on the road: one from Bozeman, one to Bozeman, one from Helena and one to Helena.

MVM believes there is an opportunity to leverage that history by offering Stagecoach runs from Townsend to Radersburg over the original stage coach route via the Old Woman's Grave Road.

Initially the event would be held in conjunction with the Radersburg Days (see above). But, if the event proved to be successfull it would be grown to at least weekends during the summer.

Missouri Valley Marketing has been discussing the project with people from the Radersburg Historical Preservation, Inc. , MBAC and the Broadwater County Commission. We have identified several options for renting/buying a stage coach. If we can garner the needed support for this project we will be involved in organizing and promoting the event.

Missouri Valley Marketing is actively pursuing a variety of options to acquire the property adjacent to the Townsend City Hall with the goal of locating a Visitors Center and park at the location. We believe that an attractive Welcome Center at the site will help get the travellers passing through Townsend on Highway 287/12 to stop and hopefully entice them to explore the main street shops and restaurants.

Last year the Chamber, in conjunction with the Broadwater Water Conservation District, hosted more than 300 attendees at the prime rib dinner in the 4H building at the County Fairgrounds.

In just 2 years the event has grown beyond the Townsend Area Chamber marketing committee capacity. MVM will taking on the organizing and promotion of the event as well as marshalling the sponsors needed to make the event possible.

Pickleball is the fastest growing sport in the United States. Helena, Bozeman, Great Falls and Butte all have large, active Pickleball communities. The Helena Pickleball community has grown so big in such a short period of time that they have exceeded the Helena capacity for Pickleball courts - especially in the winter

Missouri Valley Marketing believes that Broadwater County's central location between Helena, Butte and Bozeman offers a great opportunity to host a large Pickeball tournament.  Members from Great Falls, Helena and even Ennis have indicated they would love to travel to Townsend for the opportunity to play in tournaments.

MVM is currently researching venues large enough to host a major Pickleball tournament in Townsend. If we can identify one or more venues that can accomodate a large tournament, MVM will assist in organizing and promoting the event throughout Western Montana eventually growing to all of Montana and perhaps the Northwest region.

Missouri Valley Marketing believes that having a permanent Labyrinth or Maze would be an attraction that would bring visitors from the Helena Area, Gallatin Valley and Meagher county as well as tourists visting the area to Townsend.

We are actively pursuing obtaining a grant from the Broadwater Land Trust and obtaining a 10 acre parcel of land from the Bureau of Land Reclamation located along the Centerville Road.