On January 24th a group of representatives of local organizations had an opportunity to meet with Mary Ann Cotter and her cousin Janice Doggett in a luncheon at the Highway 12 Caffe. Nancy Marks, Laura Obert, Pat Plantenberg, Linda Huth, John Rains, Vic Sample and Jeff Langlinais were on hand to represent the local Rotary Club, the Broadwater Community Foundation, the County Commissioners, the Broadwater County Museum, the Townsend Tree Board,Canton Church Restoration, Broadwater Health Center Auxilliary and Broadwater Education Foundation (some members representing multiple organizations). In addition Eileen Perry and Sharley Ragan, friends with the Cotter Family for many years, were there to see Mary Ann again.

The Cotter Family moved to Canton when they bought a farm in the Canton area – reportedly the nearest one to the town – in 1885.  The Cotter Family lived there and farmed until the farm was sold to the BLM when the Canton Valley was flooded in the creation of  Canyon Ferry.

Tom Cotter was born in 1929 in the town of Canton where he lived until he left home seeking adventure at the age of 16.  He eventually returned home to finish high school and receive his diploma. He then enrolled at the University of Montana where he earned a Bachelor Degree in 1953 and Masters Degree in 1955.  He led a varied and interesting career in human resources and management at Boeing, an account representative with Merrill Lynch and one of the first employees of Franklin Resources (a financial services firm). Tom was even a registered social worker with the State of Montana Department of Welfare.

At the lunch Tom’s daughter Mary Ann Cotter got a chance to hear all the achievements that the Cotter family grants have enabled over the years. She also got a chance to visit with family friends that she has known from visits to Broadwater County with her father.

Every year the Museum hears from people researching their family histories in the area. Last year the Museum received a tremendous photo from a man in Connecticut who discovered a picture of the Barnum & Bailey Circus set up in the middle of Broadway in 1895!

The people who have ties back to Broadwater County and who continue to have an interest in the County are what is right about Townsend and Broadwater County.  It doesn’t matter whether families date back to the settling of the valley in the 1860’s or are new families that move here every year – being raised here in Broadwater County is an exceptional experience and one that people remember their entire life, whether they remain here or not!

By the way, many thanks to Missy Rauser owner of the Highway 12 Caffe. We could not have found a better location for the luncheon and the food was extraordinary as always. 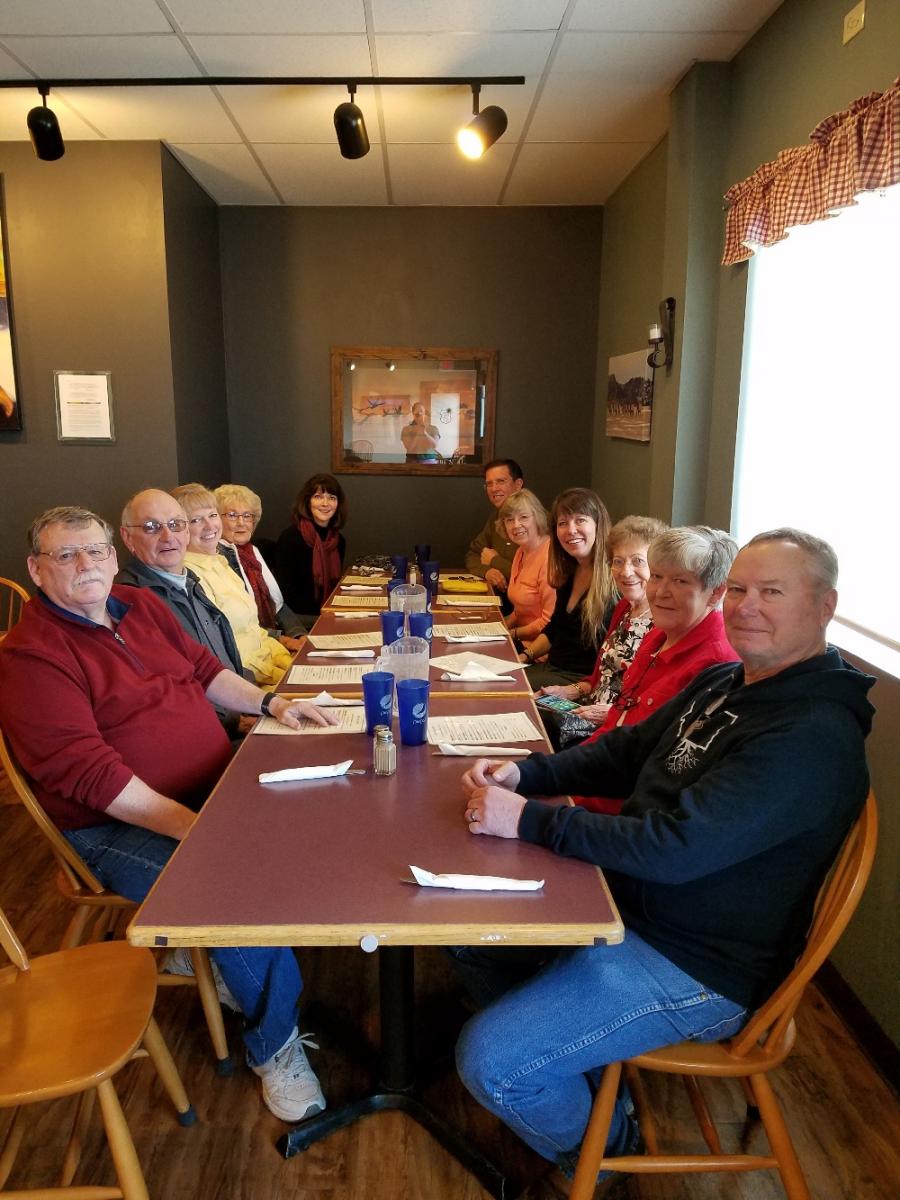